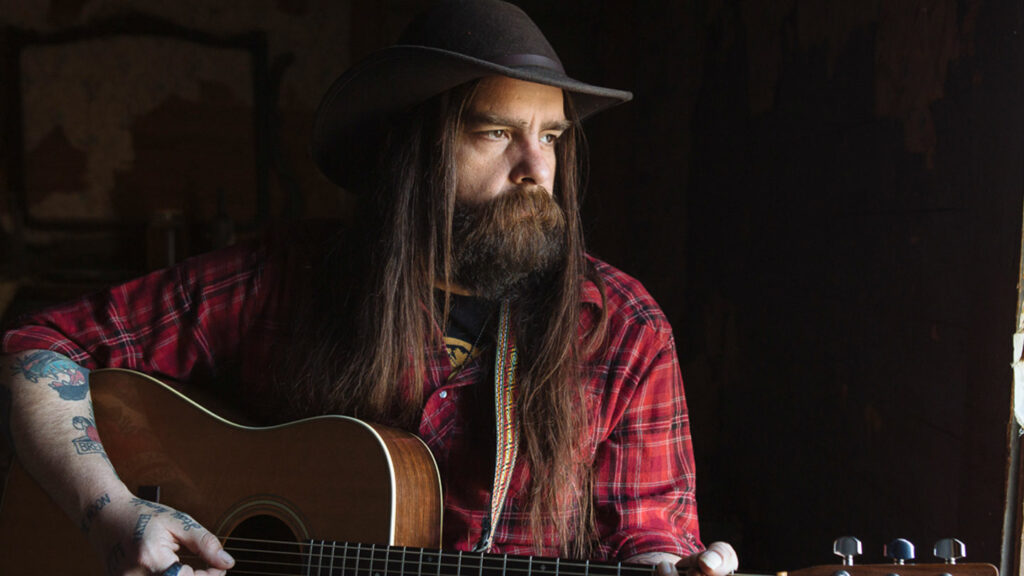 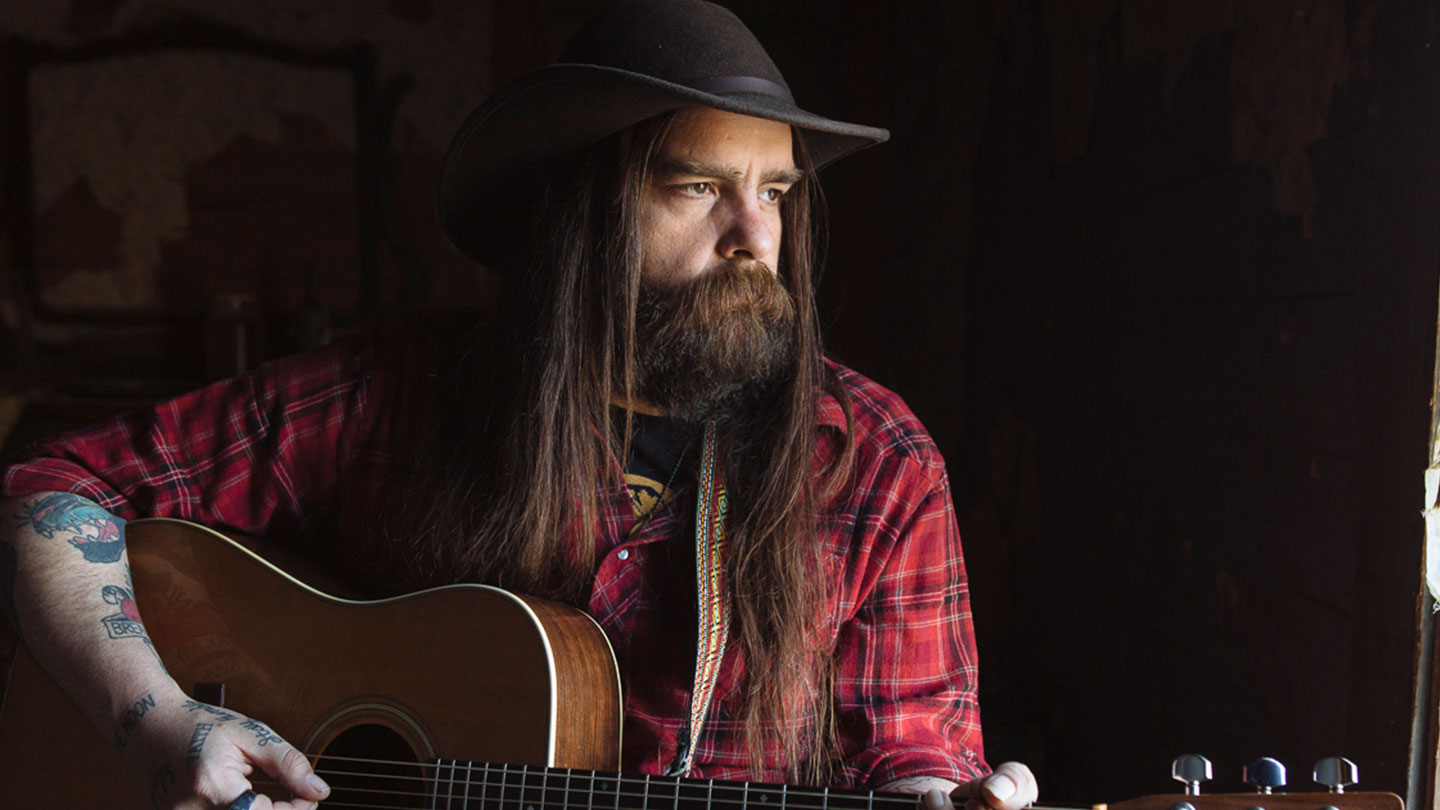 Gifted singer-songwriter Arlo McKinley will release his debut solo record at age 40 on John Prine’s Oh Boy records – after he almost gave up on music altogether, his story is one of hope and sincerity, and he is living proof that great songs will reach the right ears eventually, even if it takes time.

McKinley’s Oh Boy Records solo debut, Die Midwestern, is deeply rooted in street soul, country, punk, and gospel and draws on personal stories, set against the backdrop of his hometown of Cincinnati Ohio. It was crafted downriver, in Memphis’ legendary Sam Phillips Recording Service, produced by GRAMMY award-winning Matt Ross-Spang, with an all-star Memphis band of Ken Coomer, David Smith, Will Sexton, Rick Steff, Jessie Munson and Reba Russell. There, McKinley recorded ten remarkable songs – some dating back fifteen years – all penned with a weight, honesty and gritty-hope that comes from living in the rustbelt city where his songs were born. Matt Ross-Spang, stated,

“I am in awe of Arlo’s songs and his dedication and embodiment of each one when he performs them . His willingness to bare it all on this record was more electric than the equipment used to capture it.”

Arlo McKinley is the last artist John and his son Jody signed together to their label Oh Boy records. Jody Whelan shared,

“John was reserved in his praise for songwriters. I played him a couple of Arlo’s songs and he heard Bag Of Pills and said, “that’s a good song” which for him, was very high praise. He loved Arlo’s voice, this big guy with a sweet, soulful, gospel voice. He loved the dichotomy of the hard life lived, presented through such beautiful songs and John was very excited about the promise of the album’s release.”

“The feeling of knowing that a hero of mine took time out of his day to come see me perform is such an accomplishment in itself to me that if it all ended the next day and I found out music just wasn’t in the cards for me, I would’ve still considered everything I have done as a success.”

On Die Midwestern, McKinley’s songs bleed truth and emotion from a heart scarred by wild nights and redeemed by soulful Sunday morning confessions. His lyrics are laid bare, stark and arresting in their honesty, and often penned from real-life experience. “Bag Of Pills” is an autobiographical and frank account of the drug issues which affect his hometown,

“ I wrote it after I sold some pills so I could take a girl out. Those were rough times and also right around the time I started seeing a real drug addiction very close to me. After watching so many friends die from drug abuse it turned into me praying that it doesn’t get any worse while knowing that it will resulting in my writing of the lyrics, ‘life I don’t want it if it’s so easy to die.’”

“I wrote ‘Gone For Good’ after a serious long relationship of mine ended. It’s about me realizing how short I fell on even trying to make it work.” Title track “Die Midwestern” reflects on McKinley’s love/hate relationship with Ohio, “I love it because it’s everything that I am but I hate it because I’ve seen it take my loved ones lives. I’ve seen it make hopeful people hopeless.” McKinley reflects on his brutal honesty in his songs, “Songwriting has to be real. I’m 100% putting myself out there, I’m not writing fiction. To me it is just about honesty. “

By age 8, McKinley was singing at his family’s church, Bethlehem United Baptist where he first saw the light of music. Early musical loves outside church were his Kentucky native father’s bluegrass and timeless country records of Hank Williams, Sr. as well as, Bob Dylan, John Prine, Otis Redding and George Jones. Then his two older brothers’ punk and metal collection drove him to throw himself raw onto the Cincinnati punk scene.

“I grew up in the punk scene with my brothers and dad has all of that stuff that came out of King Records like Hank Williams and I was just surrounded by it,” McKinley says. “I still take parts of it and I feel I write songs in a punk rock way…”

With concert covers ranging from Johnny Paycheck and The Misfits to Rihanna and Post Malone McKinley shows a diverse range of musical interest, which he attributes to musically melting pot of the Cincinnati music scene,

“You go back to the history of Cincinnati music and you can see and feel that the river back then connected everything and it all flowed into one spot and brought all kinds of music here,” says McKinley, adding, “That’s why I think this town has never been known for one kind of music because so many things came through here.”

He pursued a solo career from 2014, with his own band The Lonesome Sound and achieved some success including a nomination for Album of the Year, Songwriter of the Year and Best Americana Act from the Cincinnati Music Awards, but his career stalled and he almost gave up altogether,

“I don’t know why the world works the way it does but I’m beyond grateful to be in this situation.” McKinley stated, adding, “ I’m a little wiser in my ways and a 20 something me would’ve found a way to destroy the one dream that has stuck with me my entire life. Being a working musician.”

He also almost missed his big break, which came when he was offered an opening slot for Tyler Childers, and his now manager, was trying to reach him on the phone to offer him an opening slot. Arlo initially dodged the persistent unknown caller. Eventually, they connected after a friend hit him up on social media and he took the call.

“My buddy was like, Arlo.. Tyler’s team are trying to get hold of you.. I don’t know where I would be if I didn’t take that call. Still delivering tuxedos which was my side job before I was a full-time musician.”

Since, McKinley has been making a name for himself around the country, humbly sharing stages with kindred musical spirits John Moreland, Jason Isbell, Justin Townes Earle, and contemporary rising singer/songwriters Ian Noe and Colter Wall, eventually attracting the attention of Oh Boy, who signed him in March 2020.

McKinley reflects on the significance of the timing of his release, stating, “I only met John briefly and I would’ve loved to have sat with John and talked music which I’m sure would’ve happened but I treasure the moment we had together when he came to see me play a show. His passing was a major knockdown blow for the entire team. I’m sure John had a vision for Oh Boy Records and I’m proud and honored to be able to contribute to the labels continued legacy.”

McKinley’s Die Midwestern remains an album of hope and he knows first hand how his music can connect with his growing audience.

“I had a guy who was dealing with brain cancer walk up to me and say that he was done with it but something in my songs resonated with him and made him get out and start living even though he knows what is ahead of him. Nothing is more important than that. That’s why I write songs like I do. I’m just another lost, hurting person in this place – I just like to sing about it.”